Bitcoin - and Why It Has Value - Svendsen Tech

Bitcoin - and Why It Has Value

This note is mostly for myself to sum up my thoughts about the new crypto currencies that have appeared. I am making it public, though. I am reading Sapiens, A Brief History of Humankind, by Yuval Noah Harari (but he has no blame for what I am about to write!). It explains at a fundamental level what money is, and how money works. Money appeared in order to solve the problem of bartering services after specialization occurred due to denser populations and increased ability to transport people and goods. In an earlier stage of civilization, specialization did not occur, because people were in smaller groups that were not large enough for someone to work full-time making shoes, for instance, or providing health care for someone else. Once cities formed, the number of people that frequented, or could frequent, a stationary place for getting shoes, grew.

Once specialization arrived, a need appeared for ways to efficiently exchange services. I asked my rather wise father if he could define money for me, and his response was that it is "an aiding tool for the exchange of services or goods". This is surprisingly accurate. What makes money worth something is the shared belief that it can be exchanged for the goods and services you may want at any given moment, almost anywhere you want. Just as Roman denarius coins were accepted as money because some political authority backed it and promised to punish anyone making counterfeit copies, so the value of the American dollar relies on political and societal structures that "back it up". But in essence, it has value because of the shared belief that it can be exchanged for goods and services, explained very well by Yuval in his brilliant book. This is the most relevant part with regards to Bitcoin. The miners are the authority backing it up. Apparently, they are currently credible enough for the scheme to continue. I have read concerns about mining incentives dropping like a meteor when the end of the rainbow, the 21 million coins, has been reached. Time will tell. 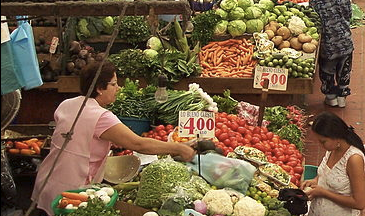 Then, long after gold, silver shekels, and later coins, along comes Bitcoin. it surrounds itself with a mythical origin with details nobody can agree on anymore. It has value because it is part of our shared imagination of things that exist. Rates for Bitcoin value against other currencies are calculated and maintained at any given moment. Because my app says that I can exchange my satoshi (1e-8 bitcoin) for a certain amount of dollars, it has value. In Bitcoin's early days people said "it is pretend money", "it has no value", "why are you wasting time on that", and for these reasons, the dollar value remained very low for years. Today, its value is undeniable, but it still has little intrinsic value, and many people are "angry" that Bitcoin is worth a lot. Blockchain is a technology with some uses, but it is not a hammer for every problem/nail out there; it is of limited use.

The ecosystem now is too complex for me to keep track of, but the fundamentals remain in that the coins have value because they are part of our shared imagination. Bitcoin has value because so many - certainly the majority of - people know vaguely what it is and can relate to its success at the time of writing (2021-10-18). Not to mention demand. "The demand is high" - in lack of a better description. It is a coveted item in today's digital world.

Presumably smarter and more knowledgeable people than me have commented on this. As I started out saying: this is mostly a note for myself to collect my thoughts to see if what I write makes sense tomorrow or in a week. Yuval Noah Harari did not comment on Bitcoin at all in his book from 2014, before Bitcoin rose to proper mainstream fame. I do wonder what remarks he would have made about it, but I am quite confident he would at least acknowledge that it has value because of it being in our shared imagined realities, just like Peugeot (the example in Sapiens) - and Apple (the company) - exist because we share a belief that they do. That the word "corporation" is used in English is ironic given the Latin origin word "corpus" which means "body", the one thing a corporation does not have. Today, we legally prosecute corporations as if they were persons. A corporation can be legally responsible for "events", separate from humans. We accept this because of a shared belief in the concepts. We believe in laws, human rights, nations, corporations, iPhones, and money.

What we have seen in the recent years is, to the best of my logical understanding, money appearing out of thin air related to technology and the shared belief that the digital products, the unique series of characters that represent each unit, have value. Value appears out of thin air, dressed in some rhetoric and fog talk to validate the concept and utility for it. These coins could right now be traded in exchange for approximately 2300 billion American dollars, the "market cap" value. 25 years ago the "market cap" would have been zero, cryptographic coins did not exist yet. Where does the money come from? Did we increase average wealth in society through these inventions without "doing anything", beyond the energy consumption (which is significant)? Fascinating.

If you say that "Bitcoin has no value", you are factually incorrect. Anyone owning 1 bitcoin can exchange it for dollars, or other currencies, which can in turn be exchanged for goods and services. The reason it has value is because of a shared belief that it has value. We believe that others believe that it has value. Lately, we are even seeing the birth of direct crypto coin payment to/from "established" entities in society. As long as people believe bitcoin has value, it has value. Some compare to the "tulip craze", but bitcoin arguably has significantly more value than a tulip. Tulips, for instance, cannot be transported across the globe in seconds and then exchanged for goods by another person. Bitcoin beats tulips.

I am fascinated by this new development related to capitalism, in the form of crypto coins. I am, however, not sure the phenomenon is entirely new. Gold likely had a similar effect on countless societies that did not accept gold as payment - but instead used cowry shells, grain, or something else - when the people started to communicate with others who used gold and placed a high value on gold. As is explained in the book Sapiens, if a culture that values gold starts to barter with a culture that does not value gold, soon enough the price both places for gold will be similar. If one culture that values gold travels elsewhere where gold is not valued, they will buy gold there cheaply, return home and sell it. Economists know this concept. When the culture that is at first selling the gold cheaply realizes that the aliens they are trading with value gold, they also start to value gold, because it has value to others. The value becomes infectious. Yuval explains it better. The end result is that the price/rate for gold both places will reach a similar level even if gold formerly had no value to one of the cultures. It is about believing that others believe. The concept of money works because people share a belief that the items, be it coins, gold bars or dollar bills, can be used anywhere in exchange for goods, property and services.

Money has enabled our complex societal structures. Without money, we could not have created societies as large and complex as we have today.

If you take the example of different cultures where one values gold and the other does not, the one that does not value it will soon begin to value it because the other culture values it. This is what happened with Bitcoin. Because other people started to believe it has value, the rate skyrocketed, and it became a self-reinforcing spiral. Can you say that this is a "good circle"? People tend to talk about vicious circles. Would be nice to have benign circles too. It has value if you believe others believe it has value. Belief is a fundamental aspect of human existence. In all world views, apparently, there are contradictory beliefs in the same people. Again referring to the book, Yuval explains that this is at the core of humankind, this balancing of and negotiating the beliefs/concepts that are contradictory. Even if I personally believe that bitcoin is of no intrinsic value, it does have value because enough people believe it has value to others.

One thing that separates crypto coins from traditional currencies, is that new currencies can be invented ad hoc and spring into existence. With gold and silver coins (once society reached that stage), you cannot simply grab a rock and say that this is a new coin, because others will not accept it. Some crypto currencies are essentially "random rocks as coins", while bitcoin can be compared to the gold of crypto. Maybe Ethereum is the silver.

I seem to be repeating myself. Will read and review (again) tomorrow or later. Going to bed.

Be good so you deserve to be well.